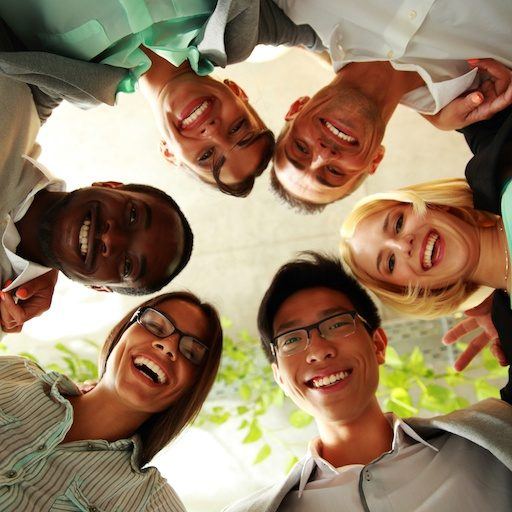 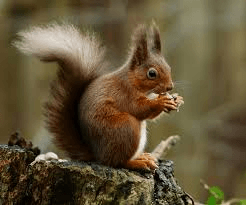 A man known to neighbors as “the Squirrel Guy” was just sentenced to twelve years in prison. Why? It has to do with his love of squirrels. And his reverence for his parents, who are deceased.

This story is just weird enough that if we can untangle it, we will glimpse a flaw in human nature that, if we can understand it, could decrease suffering and increase joy for practically everyone.

Lets start with a question: What is the cause of all of your conflicts with the people in your life? Dr. Marshall Rosenberg, clinical psychologist who created Nonviolent Communication, or NVC, says conflict is:

To understand this phrase, you need to know what Rosenberg meant by “unmet needs” and what he is referring to as “tragic”.

You have “unmet needs” in any conversation or relationship where one or more of these basic, core needs are not being met–like security, honesty etc.  The way you know you are experiencing unmet needs is that you are feeling negative emotions, such as anger, fear, shame and sadness.

Tragically Expressed
Here we are in conflict with someone, but our needs aren’t being expressed with words, clearly and accurately. Most people don’t have needs awareness and literacy, so we are not clearly telling each other what we need and want – because we don’t really know ourselves. At best we talk to each other about the strategies we have for filling our needs.

The other part of the tragedy here is that most people have destructive communication habits that disconnect them from others, and greatly lessen their chances of getting their needs met. These habits may sound familiar – diagnosing, analyzing, criticizing, judging others or self as good or bad, denying choice, blaming, threatening, bribing, demanding.

Tragically Expressed
As an example of unmet needs tragically expressed, I offer you “the Squirrel Guy.” But first, I’d like you to call up one of your own examples, in your mind’s eye–so you can make this real for you. Remember the last really hot-headed argument you had with someone. How did you attempt to explain to the other person what was going on for you and what you wanted?

Now, we return to our poster child of unmet needs tragically expressed, the Squirrel Guy. Jon is a 60-year-old man who lives in Colorado. Last year Jon’s neighbor, Jeffrey, was unhappy about Jon feeding the squirrels, so he took down the signs Jon had posted in the neighborhood to explain that he feeds squirrels to commune with the spirits of his deceased parents. The signs also expressed Jon’s dismay about being harassed by neighbors, who were apparently creating problems for him with the Police and Animal Control.

The situation continued to escalate until Jon’s solution became drastic. He loaded his gun. When Jeffrey came over to talk, they argued. Afterwards, as Jeffrey was walking away, Jon shot him in the back. Now he’s in prison for murder.

Yes, it’s an extreme case. And yet, isn’t it true that we often “shoot each other” psychologically when we are in conflict?

Lets rewind the video for Jon and Jeffrey. Had Jon been trained in NVC or had called me for help – instead of shooting Jeffrey he would have said something like this.

At the first sign of trouble about the squirrels he would have had a conversation with himself, to understand his feelings and needs (also known as self empathy):

“I am feeling so angry. I want respect and consideration from the people around here. I want the freedom to feed squirrels without getting bothered, so I can stay connected to mom and dad. I am afraid of having problems with the police (safety).”

Then he would have had a silent conversation with himself about Jeffrey’s feelings and needs. This is empathy for other.

“I think Jeffrey is feeling angry too, though I don’t understand why it is such a big deal for him. Maybe he really buys into this thing about squirrels spreading diseases, so he is wanting to protect his health (safety). I can see how he could be angry or afraid if he really believes these squirrels could make him sick.”

What he might have spoken out loud, to Jeffrey, when he came over:

“Are you open for having a conversation about this squirrel thing Jeffrey? I’m guessing, since I think I saw you/heard about you taking down my signs, that you are feeling upset that there are too many squirrels in the neighborhood and I’m adding to the problem. Is that right?

“Can you tell me more about why the squirrels are upsetting for you?”

He would continue with this dialog until he really understood what Jeffrey was needing, and felt genuine empathy for his experience. Then he might say:

“Jeffrey, are you willing to hear what I’m experiencing about the squirrel issue? Well, I’ve been missing my parents a lot, but I notice that I feel really connected with them when I see the squirrels, since they were such animal lovers. So I’d like to have the freedom to continue feeding them.

“I’ve also been feeling upset because people have complained to the police and Animal Control, and I would like to stay out of trouble and also feel safe and welcome in my own neighborhood.

“Would you be willing to take some time to talk about how we can manage this situation so that you know that you are not going to catch a disease from the squirrels, and so that I can still enjoy living here?”

Hopefully, we can all learn from the Squirrel Guy. During conflict, needs don’t have to be tragically expressed, and instead you can give yourself and the other person some empathy and some clarity around the needs that are not yet met.

Hey, you made it all the way to the end of this article! Congrats! I’d like to give you this reward. If you have a conflict that’s bothering you, I’d like to offer you a chance to take this conflict apart so you can get some space and clarity with it.

If you are having some challenge in an important work or personal relationship, I’m offering you a free Breakthrough Conversations next week.

Here is what you can look forward to receiving from our time together.

I’ll leave you with a quote today by entrepreneur and environmentalist Paul Hawken: “When we listen to people, our language softens. Listening may be the cardinal act of giving… it is the source of peace.”

Recent praise from a C-level executive about me:
“The value of working with you is the subtlety of your mind and your distinctions. I was exposed to NVC years ago – and got nothing out of it. I thought it was silly.  But you make Marshall’s work real. If it is a valuable relationship and you’re struggling, you just don’t figure it out with a book.”